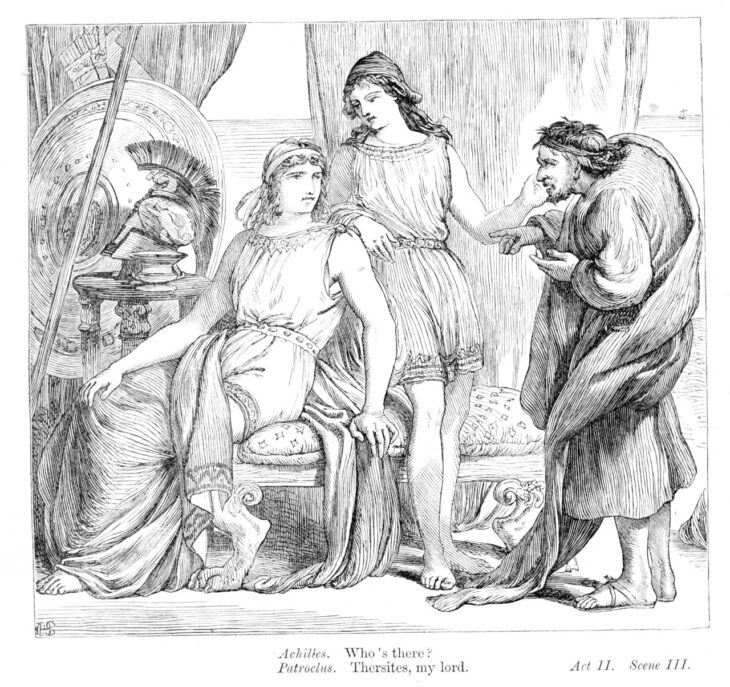 Academics must be defiant in their defence of free speech.

‘Reclaiming Our University’, a manifesto published last year by University of Aberdeen academics and students, illustrates the importance of defending all speech. I admire the manifesto for not separating the ‘citizen right’ to free speech from academic freedom as a professional right. It argues that academic freedom is an ‘intensification’ of free speech. But then comes the caveat: the hope that academics ‘exercise their freedom wisely’.

Well, I want to defend the unwise, and the right of academics and students to be unwise. Let them be fools. Fools, or ‘wise fools’, as they have been called, are often guides to truth.

The first irresponsible fool in literature was the defiant and unpleasant Thersites, in the Iliad, who criticised kings and was beaten for being an ‘outrage’. Throughout history, fools have been threatened in authoritarian times with the lash if not the hemlock. Academics must defend fools, without fear of the lash, if they are to defend academic freedom.

But, one man Thersites, still railed on, nonstop
His head was full of obscenities, teaming with rant,
all for no good reason, insubordinate, baiting the kings—
anything to provoke some laughter from the troops.
Here was the ugliest man who ever came to Troy.
…
Achilles despised him most, Odysseus too—
he was always abusing both chiefs, but now
he went for majestic Agamemnon, hollering out,
taunting the king with stings of cutting insults.
The Achaeans were furious with him, deeply offended.
But he still kept shouting at Agamemnon, spewing his abuse…

But Odysseus stepped in in quickly, faced him down.
“What a flood of abuse, Thersites! Even for you,
fluent and flowing as you are. Keep quiet.
who are you to wrangle with kings, you alone?
…
So stop your babbling, mouthing the names of kings,
flinging indecencies in their teeth, your eyes
peeled for a chance to cut and run for home.
…
You and your ranting—you’re the outrage.

In his essay On Liberty, John Stuart Mill discusses vituperative speech. He argues in favour of restraint when expressing oneself because ‘opinions contrary to those commonly received can only obtain a hearing by studied moderation of language, and the most cautious avoidance of unnecessary offence’. But he continues with an important qualification, that ‘intemperate discussion, namely invective, sarcasm, personality, and the like’ is mostly criticised when it is ‘against the prevailing opinion’.

We should be unwilling to restrict vituperative speech even for the purposes of getting a hearing. To paraphrase Larry Flint’s famous comment in the film The People vs Larry Flint, defending the speech of the lowest scumbag will defend everyone’s free speech.

There can be no buts when it comes to free speech – it must be an absolute. If you add a ‘but’ you are not qualifying free speech, but negating it. Just be honest and say ‘I don’t believe in free speech’. It is an absolute because it is the foundational freedom – it makes us human. Without it we cannot decide whether our beliefs are illusions or not.

Today, we need Thersites’ defiant attitude more than ever. Many academics and students shy away from debating topics like gay marriage, transgender and climate change. What were once out-there positions – being in favour of gay marriage or the idea of gender fluidity – have become mainstream and, much like the kings in the Iliad, the academics and students who accept these new mainstream views try to quash any challenges to them. Merely putting these topics up for discussion can cause a Twitterstorm, which may not get you the lash, but could well get you the sack. This censorious climate of quietude, where people are afraid to debate, has become common on campus.

Argumentum ad Hominem has replaced logical argument in universities. It works like this: if you can’t answer a person’s arguments, then attack his or her character. This used to be something every fresher knew to watch out for. But this irrationality is now the norm. What is more, who you are now dictates what you can discuss – so you can’t discuss abortion if you don’t have a vagina, you can’t discuss racism if you are not black, or gay rights if you are not gay. Those who are not members of a particular group are labelled the ‘outrage’ and banned from Safe Spaces where only the chosen can express their feelings. This retreat into group-based therapy is a retreat from reason. It is a retreat into what I call the therapeutic university. In the therapeutic university you are expected to be nice and inoffensive and not challenge prevailing views.

For the sake of free speech and academic freedom, as the new academic term begins, academics must be defiant like Thersites and challenge the campus ‘kings’.

This is an edited version of a speech given at the Festival of Higher Education at the University of Buckingham on 29 June which was widely reported in the national and international media.