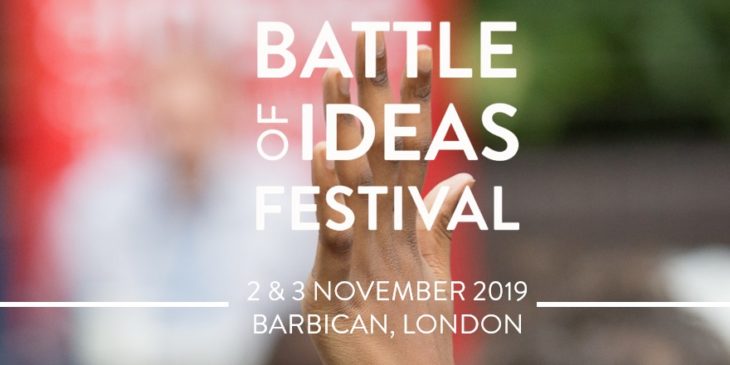 One of the dominant ideas of our times is the belief that certain words and thoughts are unacceptable. From European hate-speech laws to online censorship and no-platforming at universities, free speech is facing serious challenges across the West. Today, it is commonplace to hear people express their belief in ‘free speech’, but that belief does not extend to hateful, racist, sexist or homophobic views.

Increasingly, speech on controversial issues is not met by counterargument or open discussion, but by attempts to shut down and silence that speech. Those who do not conform to the current political orthodoxies or academic groupthink risk being attacked by Twitter mobs or even sacked from their jobs. On sensitive issues such as race, religion, homosexuality and transgender rights, debate is no longer allowed. As those who question the orthodoxy on climate change are frequently told, ‘the debate is over’.

Are controversial issues, such as the recorded rise of hate crimes, so obvious that they are beyond question and debate? If you add a ‘but’ to free speech are you qualifying or negating it? Who should decide the parameters of acceptable speech? If speech is to be restricted, where does this leave the university, which is founded on the free exchange of ideas?

Three Battle of Ideas satellite events have been organised by the East Midlands Salon in conjunction with Academics for Academic Freedom (AFAF) to open up debate about controversial issues and the attempts to silence them. We proudly adopt the motto of the Battle of Ideas festival: ‘Free Speech Allowed!’

Come along and join in the debates:

Is ‘toxic masculinity’ dangerous in the academy? Thursday 14 November 7 PM

By erasing the past, are universities racialising the campus? Thursday 28 November 7 PM

All three Salons take place at the Brunswick Inn, Derby. For tickets and further details follow the links above (£3 for each event).