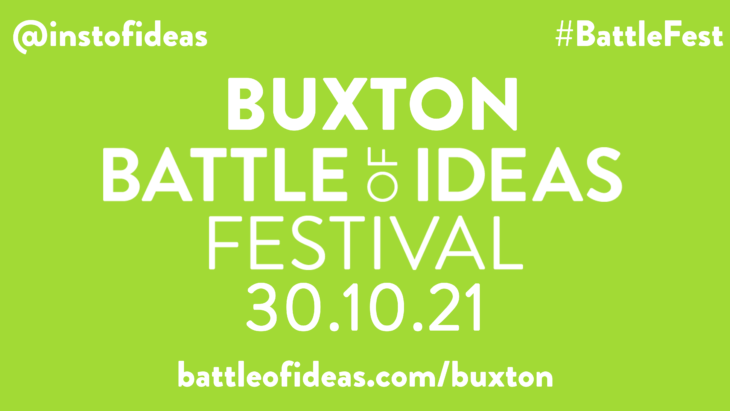 This forthcoming debate is part of Buxton Battle of Ideas festival and is sponsored by AFAF. Find out more here.

From China to UK universities, the Taliban to Trump, it seems that everyone is talking about censorship. Threats to freedom of speech are now recognisable in everything from legislative crackdowns and online bans to Twitter pile-ons, as well as cancellations at universities and in the wider public sphere. But figuring out where this censorious turn has come from is not as simple as it seems. Proponents of free speech argue that claims of ‘hate speech’ involving issues like transgender rights, racism, feminism or other forms of identity politics are silencing debate. Many argue that the subjective nature of what is deemed to be ‘hateful’ can lead to unfair characterisations of political debate as hate speech. For example: in February, Merseyside police parked outside an Asda supermarket with an advert, warning shoppers that ‘being offensive is an offence’.

On the other hand, critics argue that a language free-for-all fails to deal with the consequences of offensive views which can undermine important community values. The comedian, Roy Chubby Brown, was banned from performing his live show at Sheffield City Hall because it was claimed that his ‘hate-filled’ comedy did not ‘reflect Sheffield’s inclusive values’. But Brown’s humour, damned as ‘highly offensive’ remains very popular with many of the people of Sheffield and can still attract an audience. Was Sheffield council being ‘woke’, or showing that a progressive society must be intolerant to hate?

Claims of censorship can become complicated. While some feminists argue that sexist language should be silenced on Twitter, others complain that trans activists are calling for the removal of their opinions on women’s rights. Other examples are more starkly contradictory. The Taliban – an organisation that has no qualms silencing women, LGBT activists or any dissenters – has criticised Facebook for what it called the censorship of ‘foreign information and news’. Likewise, some have pointed to the partisan nature of some commentators’ belief in free speech. While liberal-left Democrats routinely called for the silencing of Donald Trump, right-wing Republicans often responded with calls for censorship of news outlets they deemed to be producing ‘fake news’.

In the UK, while the Labour Party alleges that the Tories need to crack down on Islamophobic speech, the Conservatives allege that Labour has a problem with anti-Semitic language. Despite assertions that both left and right, liberal and conservative sides care about free speech, these political battles often end up weaponising censorship as a means of shutting down the opposite side.

Would a public square that embraced free expression be a dangerous thing? Can words be as dangerous as physical violence? Are we in danger of creating a new form of heresy when so-called social-justice warriors complain about hate speech on Twitter and governments simultaneously ban protests? Or should we embrace moves to get tough on hate? Could an increasingly volatile debate about free speech mean that more people are likely to self-censor for fear of being called a bigot? And if we decide that we do value free speech as a fundamental tenet of a liberal society, how can we mount a modern case for it in the twenty-first century?