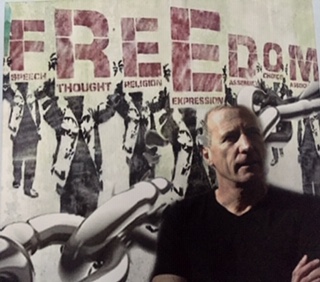 Reflections on the past decade can be depressing. Two articles from the end of that decade are particularly dispiriting because they bring into focus the absurdity of contemporary university culture.

Sir Antony Seldon, Vice-Chancellor of the University of Buckingham, wrote in The Times on 29 December about the need for universities to be the ‘champions’ and not the ‘limiters’ of free speech if they want to become ‘beacons’ of truth. aFree speech, he argues, is not only about avoiding censorship. Rather, it ‘requires a willingness to challenge lazy and conventional thinking wherever it resides’ – so, accordingly, academics have a duty to challenge sluggish thinking in wider society and not just their own disciplines.

A day later, the distinguished sociologist, Professor Frank Furedi, wrote in the Daily Telegraph about the death of debate both in universities and in wider society. Furedi argues that ‘Cultivating free inquiry and recovering the spirit of freedom is the real challenge facing us in the 2020s’.Think about what both authors are saying: we need to encourage debate in universities and the broader society.

We have recently become accustomed to emotional oversensitivity in academia with moves to put ‘trigger warnings’ on lectures and courses, and calls for ‘safe spaces’ where offended students can be sheltered from ideas they find upsetting.  All this is new but the tedious ritual of ‘no platforming’ or cancelling speakers who may offend continues. It is absurd. Similarly, we are used to Twitterstorms and ‘calling out’ views people find offensive on social media. This is equally absurd but we take it for granted that online hatred often follows from expression of opinion.

Both Seldon and Furedi recognise that the broader therapeutic culture of protecting the vulnerable has also led to curtailing speech and the policing of language and therefore also thought. The writers also, rightly, recognise that liberal and democratic societies need freedom of speech and open debate as a priority if they are to uphold and defend the many liberties they rightly cherish.

However, authors differ in their ideas of how the relationship between academia and wider society has brought about the need to recover freedom of speech. According to Seldon, academics have lost confidence, they fear the ‘brutal reaction of peers and students if their words are deemed unacceptable’. As a consequence, they have retreated into abstract theory. According to Furedi, controversy, once celebrated as a ‘litmus test’ for freedom of thought, is no longer celebrated but has rather become condemned because it makes people uncomfortable. As a consequence, a ‘…wariness towards open discussion has now seeped into the mainstream’ from the academy.

The precise relationship between the culture of fear around giving emotional offence that exists in the academy and those similar fears we observe in wider society is unclear.

It is easy for academics to exaggerate their own past, current and future influence as it is for them to underestimate the influence of wider society on the academy. The assumption that universities are beacons of free speech and truth is part of the explanation for why so much attention is given to their censorious actions.

What is less commonly commented on is how universities can deepen and develop cultural tendencies in wider society. Indeed, universities encourage a more ambivalent attitude towards open debate by advocating ‘trigger warnings’ and ‘safe spaces’ for their students. Whatever the precise nature of the relationship of the academy to wider society, there is certainly something rotten about the current state of the university.

As a campaigner for free speech and academic freedom, this is disheartening. It means that, for me, in 2020, arguing for unfettered debate in universities has become a priority. Something that should be a matter of course in the academy has instead become the ‘real challenge’ for universities.

It is easy to blame student unions or what Seldon calls ‘craven’ university leadership. But what about academics themselves? Are they any less cowardly? Seldon sees academics as lacking confidence, which may explain part of his proposal to make Buckingham a ‘mindful’ university.

However, it is unlikely that academics are simply afraid and have retreated into their own academic disciplines. After discussing academic freedom with many academics in a variety of universities, I believe that many just don’t recognise any problem with academic freedom or freedom of speech. They consider the so-called attacks on freedom of speech that appear in the media as the result of a ‘right wing’ plot by the Daily Mail and, according to some, by the ‘alt right’ journalists at Spiked.

But AFAF’s The Banned List provides evidence of a serious threat to free speech in universities – and this often comes from academics themselves. They seem not so cowardly when it comes to condemning other academics for their views.

Part of the problem is that, despite pressing political issues such as the attack on their pensions and the creation of a young workforce that is increasingly casualised, most academics enjoy comfortable lives. Academic work is rewarding and the pursuit of knowledge is a noble activity, even if there are pockets of disciplines captured by academics who do not seem to want to engage with other scholarly or political viewpoints. All is not lost in the academy.

It is difficult but not impossible to remind academics of how, maybe even without being aware of it, they have abandoned free speech and academic freedom. I tried to do this in a provocation talk at a conference in September last year – How the university lost its way: 16 threats to academic freedom. Perhaps more awareness-raising like this is needed?

AFAF intends to do more to convince academics of the importance of defending free speech and academic freedom on campus in 2020.

In early 2010, Ann Mroz, then editor of the Times Higher Education magazine, wrote a leader headed Rise up, freedom fighters as a challenge to academics to defend academic freedom. She noted that ‘Unfortunately, passionate, persuasive people who stand up in defence of scholarly freedom are few and far between, especially now that times are tough and the challenges even tougher’.

She ended by reporting my comment that 2010 would be a ‘crunch year’ for academic freedom.

If 2010 was a crunch year, 2020 is the time for a clarion call for academics to rise up and become the freedom fighters they ought to be!