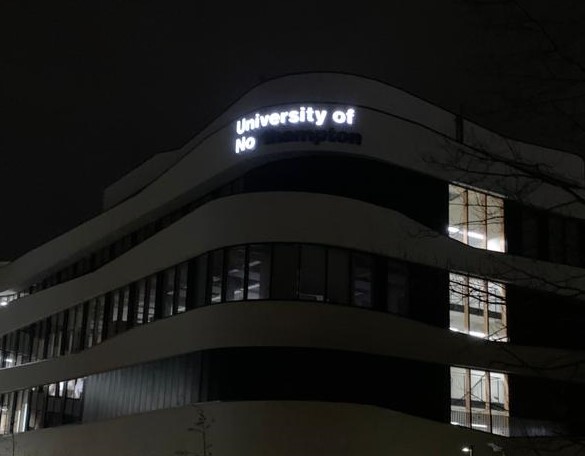 Richard Harris and Dennis Hayes discuss the threat to freedom of speech in what thay call the ‘shadow university’.

In 1998, Alan Charles Kors and Harvey A. Silverglate wrote a book entitled The Shadow University: The Betrayal of Liberty on America’s Campuses. The experiences set out in that book led them to found FIRE – the Foundation for Individual Rights in Education – that became the leading campaign group for freedom of speech in universities in the USA. The incident that stimulated the writing of this book was Professor Kors’ involvement in the defence of a student accused of racism in what became internationally known as the ‘Water Buffalo’ case. The incident concerned a student, Eden Jacobowitz, at the University of Pennsylvania who was disturbed when writing an essay. A sorority was noisily singing and stomping in a celebration outside, below his room. Eden shouted, “Please be quiet!” and when they continued at length, he shouted: “Shut up you water buffalo!” The students were women of colour and he was prosecuted by his University for racial harassment. Jacobowitz went to Kors for help and the challenge they faced was how to get publicity about the case. They managed, almost by accident, to gain national publicity (see Kors and Silverglate Ch.1). In a later inquiry, the University accused them both of being ‘villains’ for making the case public. If they had not done this, Jacobowitz may have been subject to disciplinary action that would never have become public and been shown to be unjustified.

Academics For Academic Freedom (AFAF) maintains The Banned List of public examples of academics, and others, who have faced attempts to censor them or ban them from campus. But there are many cases that we cannot add to that list. Our case work often concerns academics, students and professional or technical staff in universities who are subject to disciplinary action because of what they may have said face-to-face to a colleague, or students, or have posted on social media (Facebook and Twitter) or have written about in an article or blog post.

Many of the incidents are trivial, a metaphor someone finds offensive, a comment on an event, a critical observation, a position on an issue that a student disagrees with. Once taken up through institutional structures, usually through a disciplinary process, the triviality is irrelevant. It is amplified into something serious. Sometimes the initial investigation is into a charge of ‘Gross Misconduct’ which is now liberally used to mean anything someone finds offensive. The requirement for such a charge to be extreme (gross) is just ignored.

Why cannot a list of such accusations or charges be produced? The reason is, that during the process of investigation matters must be kept confidential and making details public is often a further disciplinary offence. At the end of each process, the individual involved may agree to leave with a financial settlement, but a non-disclosure agreement or ‘gagging clause’ will be imposed.

Not all disciplinary procedures in universities mention confidentiality. But breaches of confidentiality are normally treated as offences. This is sometimes made explicit in the procedures. Here are three examples:

(University of Lancaster) 1.5 As far as reasonably practicable any member of staff who is involved in, or subject to this procedure, and his or her representative, must ensure that they maintain the confidentiality of the process and of University documents, as any unjustified breach of confidentiality may be treated as a separate disciplinary offence.

(University of York) 2.8 Confidentiality – All parties involved in these procedures must ensure that they maintain, as appropriate, the confidentiality of the process within and outside the University. [our italics]

AFAF supported one academic who was charged with ‘gross misconduct’, who was more combative than most. He engaged in an email debate about free speech and hate speech. This came to a head in a short discussion that is available on video. The lecturer was passing a new faith centre – close to his office – when a student “…came out of the centre, in her words to confront me, and asked me if I had a problem. I told her that I did, and that what we needed was a maths centre not a centre to push nonsense.” The student’s reporting of this incident and other communications led to a charge of ‘gross misconduct’ and the process leading to dismissal began. Later, sometime after leaving his employment, the lecturer made the case public.

This is one case in which a lecturer had a strong commitment to free speech and fought back. Many others go quietly because of the possible impact on their reputation and future careers. They just want the charges to “go away”.

Other cases are about nothing more than the use of a colloquial term or phrase that someone finds offensive or ‘unprofessional’. Free speech, in the culture of many universities, has the ‘but’ that free speech must be polite speech. A lesson can be learned about this restriction on free speech from John Stuart Mill. In On Liberty, Mill discusses what he calls ‘vituperative speech’. He argues in favour of restraint when expressing oneself because ‘opinions contrary to those commonly received can only obtain a hearing by studied moderation of language, and the most cautious avoidance of unnecessary offence’. But he continues with the important qualification that ‘intemperate discussion, namely invective, sarcasm, personality, and the like’ is mostly criticised when it is ‘against the prevailing opinion’.

The Office for Students has made a public commitment to free speech a condition of registration for universities and requires this to be evidenced. Recent reports on the state of free speech in universities by CIEO, Policy Exchange, and Civitas have highlighted restrictions on free speech in 2020. Campaigning by The Free Speech Union and Academics For Academic Freedom has made universities more wary of openly restricting speech. This submission asks the committee to recognise that restrictions on free speech now happen in the shadow university. We need to bring this censorship into cleansing sunlight. The first step towards this should be the removal of confidentiality clauses.