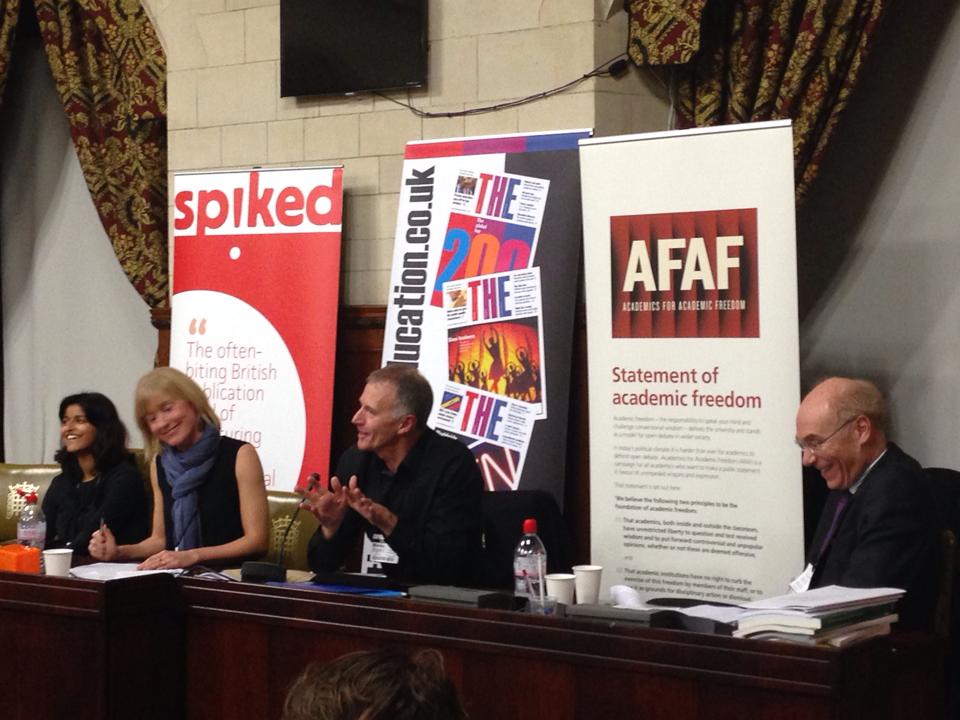 A new threat to academic freedom emerged with the recent suspension of Dr John McAdams from Marquette University in the US. Why was he suspended? Because he argued in a blog for the right to debate any issue, even gay rights, after hearing that a philosophy tutor had told her students that gay rights would not be debated in class because the issue was ‘already settled’, and therefore no debate was needed. Students who argued for their constitutional right to debate the issue were told that expressing opposing views was homophobic.

Whatever the issue – rape, abortion, gay marriage, religion, Western intervention or climate change – you would think a university was the one place where debate was encouraged, where nothing is settled. Yet, as the Marquette case demonstrates, there is an ever-increasing tendency, led in the UK by students’ unions, to ban views certain groups disagree with. What marks the Marquette case out is that debate itself is under threat.

As the campaign group Academics For Academics Freedom (AFAF) put in its founding statement, academic freedom is ‘the responsibility to speak your mind and challenge conventional wisdom – [it] defines the university and stands as a model for open debate in wider society’.

If academics can’t debate, then academia is dead. If it is to be kept alive, academics have to defend the right to debate anything and everything.

Most of the time, AFAF defends individuals who have put forward unpopular views on a variety of issues, be it Palestine and Gaza, homeopathic medicine, immigration, or the idiosyncrasies of university management. We have defended the right of academics to argue for what they believe, whether or not we agree with their views. But now it seems that to this basic defence of the duty of academics to say what they think, we now have to add the defence of the right to criticise and argue.

Whatever happens to McAdams as a result of his suspension, the lesson academics need to learn from this high-profile case is not that some issues are settled and beyond discussion; rather, it’s that nothing is settled and they must ‘Dare to debate!’.

Dennis Hayes is a professor of education at the University of Derby.