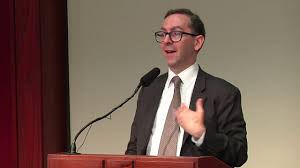 A survey of 20,000 college students shows that, in 2020, large proportions of students in America self-censor, do not feel empowered to share or discuss controversial topics, and see violence against offensive speakers as sometimes justified. A large proportion also report that while their colleges say they support free speech, administrators would be more likely to punish an offensive speaker than protect the person’s right to speak (1).

Outside pressure on colleges tends to be resented, and while it may change a college’s policies, it does not change a culture of self-censorship and oppression of disfavored views on campus. Legislation, lawsuits, and enforcement of the law have their place. Without internal cultural change, however, conservatives will continue to correctly see most of higher education as inhospitable to viewpoint diversity.

Free speech and community values can thrive together on a campus that takes an educational and scientific approach to disfavored expression. Instead of disciplinary or community sanctions, a culture of empowerment, self-determination, and personal responsibility can prepare students for the rough-and-tumble world after college.

The minimum requirement for campus free speech, which many public colleges nevertheless violate, is not to punish constitutionally protected expression. Redressing such violations is important but inadequate. Likewise, reforming speech codes and issuing statements about free speech have value but do not prevent overzealous administrations and campus police from oppressing disfavored expression.

Furthermore, as John Stuart Mill argued in On Liberty, negative social sanction against minority expression and ways of living can also be oppressive (2). Social sanction is often legal but can be immoral and unwise. Severe social sanction is particularly unwise on a college campus, where a core community value is education rather than punishment.

A culture of oppression goes beyond shout downs, removal of posters, vandalism, and dis­ invitations. Administrative statements that “this view has no place here” are the opposite of toleration, diversity, and inclusion. Tendentious cries of “sexism,” “white supremacy,” and other epithets also tend to wildly misrepresent innocent speech, and such allegations shut down productive conversation and diminish the intellectual community. Students self-censor rather than suffer misrepresentation of their sincerely expressed views and the ostracism that follows from claims that these views have “no place” in a marketplace of ideas. Instead, to promote community norms while tolerating the free expression of minority opinions, a light touch focused on education and a scientific approach is best.

A scientific approach begins with intellectual humility, the idea that everything is always up for discussion or revisiting. This “liberal science” approach, articulated well by Jonathan Rauch, is particularly well suited to a liberal arts college (3). Even where the science is likely settled, college­ level education helps a student understand why something is likely true. The same is true for moral values. We all know murder is bad, but moral reasoning helps us articulate why and think through complex cases.

A light-touch educational approach focused on an individual’s moral and intellectual formation is consistent with the conservative values of personal responsibility, self-determination, and community norms. When a student expresses a disfavored view, a simple Socratic approach can be extremely effective: “Why did you say that? Is that statement really consistent with your other views and values and your religious tradition? What would your mother say if she heard you say that?”

This simple strategy faces challenges in the cur­rent higher education ecosystem. Many students come to college unprepared for such conversations. All too often, residence-life administrators harm instead of help as true facilitators. Faculty members and curricula often fail to educate intolerant students to listen well, read honestly, and converse more reasonably. Deans and senior administrators often fail to model toleration or an educational, scientific approach when a fringe mob cries for punishment of a speaker. Admission offices are unlikely to weed out-and in many cases seem to encourage admission of students with a tendency to blindly pursue social justice rather than approach college as a place to rethink and either deepen or change their beliefs.

With all this in mind, a conservative approach can improve a college’s culture to promote free expression for all students. Leadership from the college or university president and perhaps the board of trustees or regents may be necessary to implement the following reforms.
Reform Admissions. Applicants without intellectual humility or who cannot develop it quickly are not ready for intellectual pursuits. Applicants who appear likely to become the fringe students who take over buildings, shout down speakers, argue that violence against offensive speakers is justified, and so on should be screened out until they do not present a significant risk of unlawful conduct against the campus community.

Reform Residence Life. In colleges with on-campus housing, administrators spring into action and encourage Stasi-like reporting on one’s neighbors whenever there is an expression of so-called bias (4). Instead, administrators should remind students to address “bad” speech with “better” speech and to intellectually challenge one another rather than polarize and ostracize around factions.

Reform the Curriculum. Students deserve an education that prepares them for life off campus in a diverse, free society. The relatively small number of liberal arts colleges and the similar programs at prestigious universities that produce the majority of American leaders scarcely address civic, intellectual, and moral virtues through curriculum. Courses about American culture that do attempt to “raise consciousness” tend to teach resentment of America or promote the stereotypes of “cultural competence,” teaching students to treat people as representatives of oppressor or oppressed identity groups. Cocurricular and extracurricular experiences do not fill the gap for many students but often reinforce cultural stereotypes as students band together in identity groups. To address these issues, professors, departments, and college-wide curriculum committees should revisit the formational elements of their work and redress deficiencies.

Train Administrators in Crisis Management on Matters of Free Expression. Too many deans and presidents react quickly and incorrectly when a controversy arises and then get a black eye for over­ reaching and must walk back their statements and actions, tail between their legs. In contrast, addressing such a crisis should employ the light-touch, educational, and scientific approach described here.

Model Good Behavior. In addition to reacting appropriately to speech representing a minority view, all academic, administrative, and student groups can lead proactively by modeling and inviting healthy debate in conversations, classrooms, conferences, and other speaking events.

These reforms may take shape differently at each college, but they apply to any college that takes its educational role seriously. Ultimately, a culture of free expression, rather than self-censorship and ostracism, is most consistent with campus values of toleration, diversity, and inclusion.

About the Author: Adam Kissel is a senior fellow at the Cardinal Institute for West Virginia Policy and visiting scholar at the Texas Public Policy Foundation. He is former deputy assistant secretary for higher education programs at the US Department of Education and former vice president of programs at the Foundation for Individual Rights in Education. He is also an AFAF International Correspondent.

This report was originally published by the American Enterprise Institute in November 2020. It is republsihed here by permission.