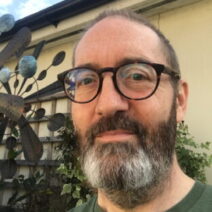 As a journalism lecturer, I was struck by the comment made recently by Karl Turner MP, that:

“Of course everyone has the right to freedom of expression. But that doesn’t mean freedom from the consequences from what they have said”.

Turner was referring to the police investigation of David Starkey and Darren Grimes — the former for making racist comments in a YouTube interview, and the latter for failing to challenge them.

The view of many, including Labour leader Kier Starmer, was that it was right for both interviewee and interviewer to face criminal investigation and possible prosecution for what one of them had said and the other had not said. This seems quite a long way from everyone having the right to freedom of expression, and the implications for journalism are disturbing. Likewise the implications for academia: although the police eventually dropped the matter, Starkey lost his fellowship of the Royal Historical Society, his honorary fellowship at Cambridge and his visiting professorship at Canterbury Christ Church University, as well as having his honorary degree from Lancaster University revoked.

There are of course many constraints on freedom of speech in UK law. How people view these restrictions often seems to depend on their political sympathies. To some, the Prevent regulations on extremist speech in universities are an unwarranted imposition but laws against hate speech look less problematic, even perhaps a welcome check on racist rhetoric. For others, the balance tips the other way. My own view is that the fewer restrictions the better, and that the only principled defence of free speech is that it has to be for everyone — including those whose views we find obnoxious — although this now seems to be a minority outlook.

In education, as in journalism, the question of how far one should expect free speech to have negative consequences takes on special significance because of the role these professions have traditionally been expected to play. For both, the freedom to air the widest possible range of views — including potentially objectionable, outlandish and offensive ideas — was meant to be part of the mission. How else could audiences be properly informed and able to make up their own minds? How else could students encounter the full range of ideas and learn to think critically about them? Just as most people would object to being told what to think by broadcasters, so they would expect that the outcome of intellectual enquiry in research and teaching should be open-ended rather than preordained.

Historically, education has fought to liberate itself from the straitjacket of religious dogma or political orthodoxy, and to pursue the Enlightenment ideal of thinking for oneself. Now, in a strange inversion, the authorities emphasise the requirement for educational institutions to remain politically neutral and consider imposing legal obligations to uphold academic freedom, while scholars apparently take the opposite stance. Resolutions to be considered at this autumn’s University and College Union conference urge that members ‘must fully support the BLM movement’, for example, and dismiss ‘spurious “free speech” or academic freedom arguments’ as dishonest attempts to ‘cloak anti-trans campaigning’.

In my experience, we used to aspire to making the classroom a safe space in the sense that ideas and arguments could be pursued free from consequence — no question too dumb to ask, no argument ruled out as unsayable, no idea so offensive that it could not be thought about and discussed. Now our conception of an educational safe space is one where some views are protected from criticism and the idea of free speech is inherently suspect. Yet even that will not save us. Samuel Paty reportedly gave his pupils a trigger warning, allowing them to leave the room if they felt uncomfortable about seeing and discussing the Charlie Hebdo cartoons he was about to show. It did not save him: a few days later he was stabbed and decapitated.

Imagine you were scheduled to teach a class on free speech — a standard fixture on journalism courses. Further suppose that there had been a national controversy about this issue in your country, where the right to free expression violently collided with minority religious convictions. Would you dare teach the topic? If you did, would you feel obliged to make it clear to your students that it is wrong for a satirical magazine to publish material it knew would deeply offend some readers? If so, you would be teaching a generation of budding journalists that free speech is dangerous and wrong. Your students would learn to fear, rather than to speak freely.

The only consequence of offensive, even hateful speech should be more speech — not the law, not the sack, not the butcher’s knife. Otherwise, we terrorise each other into silence.

About the Author: Philip Hammond is Professor of Media and Communications at London South Bank University. His publications include Climate Change and Post-Political Communication (Routledge, 2018), and War Games: Memory, Militarism and the Subject of Play, co-edited with Holger Pötzsch (Bloomsbury, 2020). He is an AFAF Correspondent.

This article originally appeared in WonkHE on 10 November 2020. It is republished here with permission.